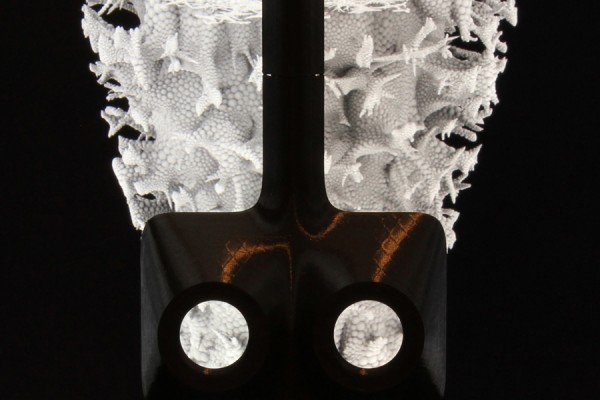 Andy Lomas’ Morphogenetic Creations explore digital simulation of morphogenetic processes to create complex alien but familiar, beautiful and disturbing forms. Inspired by the work of Alan Turing, D’Arcy Thompson and Ernst Haeckel, it exists at the boundary between art and science.

He has had work exhibited in over 50 joint and solo exhibitions, including Kinetica, SIGGRAPH, the Japan Media Arts Festival, the Ars Electronica Festival, the Los Angeles Center for Digital Art, the Centro Andaluz de Arte Contemporaneo, Watermans and the ZKM. He has work in the collection at the V&A, and was selected by Saatchi Online to contribute to a special exhibition in the Zoo Art Fair at the Royal Academy of Arts.

In 2014 Cellular Forms won The Lumen Prize Gold Award, as well as the Best Artwork Award from the A-Eye exhibition at AISB-50, and an Honorary Mention from the jury at the Ars Electronica Festival.

His production credits include Walking With Dinosaurs, Matrix: Revolutions, Matrix: Reloaded, Over the Hedge, The Tale of Despereaux, Avatar, and Max Cooper’s Emergence AV show. He received Emmys for his work on The Odyssey (1997) and Alice in Wonderland (1999).