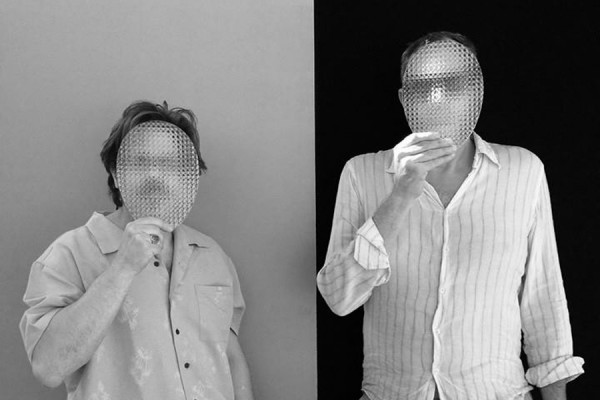 The undisputed godfathers of AV remixing, American multimedia group EBN – Emergency Broadcast Network – was formed in 1991 by Rhode Island School of Design graduates Brian Kane, Gardner Post and Josh Pearson. In a not to be missed special and rare appearance especially for Splice Festival, Kane and Post get back together to perform a piece called ‘This Many Dollars’. They’ll also unveil an installation called ‘Full Release’, a new interactive piece containing never before seen archival footage of their original works plus unscreened videos from the 80’s and 90’s.

Emergency Broadcast Network took their name from the Emergency Broadcast System and one of their first video projects was a musical remix of the Gulf War, while it was still ongoing. VHS tapes of the project, containing their George Bush senior ‘We Will Rock You’ mix became a viral underground hit, distributed widely by fans on bootleg VHS copies, which soon reached the attention of U2’s Bono who hired them to provide visuals for the band’s Zoo TV Tour during the early 90s. EBN’s video work featured prominently in the tour and their ‘We Will Rock You’ cover was played at the beginning of each show. Over the years the line-up changed, Kane had left and others had joined and in 1997, EBN collaborated again with U2 for an MTV miniseries, featuring satirical videos and video remixes. In 1998 they returned to MTV again, designing the respective montage video sequences for that year’s MTV Video Music Awards in their signature video scratching style.

They released on TVT Records and their 1995 album Telecommunication Breakdown was one of the first Enhanced CDs ever produced, containing contributions from Bill Laswell, rap pioneer Grandmaster Melle Mel and Brian Eno. At the time, frontman Josh Pearson was quoted in Billboard explaining “the band are not musicians but use sampling technology to create multimedia performance art!”

As an interesting sidenote, in the early 90’s Brian Kane also wrote Vujak, the first ever VJ software.