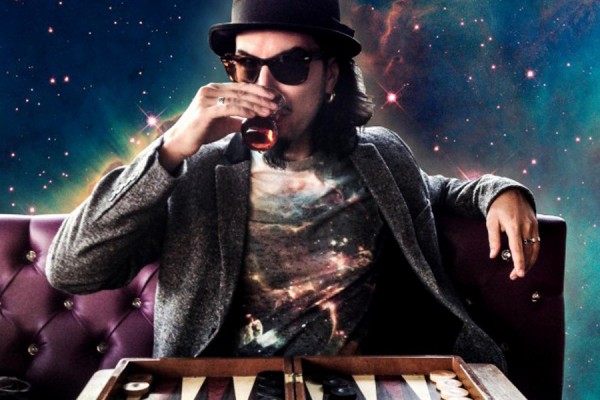 Originally from Istanbul, artist Memo Akten is now based in London, UK. He received the Prix Ars Electronica Golden Nica in 2013 for his collaboration ‘Forms’ with Quayola. Since 2009 his works ‘Body Paint’ and ‘Gold’ have toured with the Victoria & Albert Museum’s ‘Decode’ exhibition and in 2014 his work with Marshmallow Laser Feast’s ‘Laser Forest’ was part of the Barbican’s ‘Digital Revolutions’ exhibition. He’s been featured in books, academic papers, magazines and websites such as Wallpaper*, Dazed, Eye magazine, Guardian, BBC, Financial Times, Wired and Dezeen.

Akten’s work explores the collisions between nature, science, technology, culture, ethics, ritual, tradition and religion. Combining critical and conceptual approaches with investigations into form, movement and sound he creates data dramatizations of natural and anthropogenic processes. He studies and works with complex systems, behaviour, algorithms and software; and collaborates across many disciplines spanning video, sound, light, dance, software, online works, installations and performances. Alongside his practice, he is currently working towards a PhD at Goldsmiths University of London in artificial intelligence and expressive human-machine interaction, exploring collaborative co-creativity between humans and machines for artistic expression. Fascinated by trying to understand the world and human nature, he draws inspiration from fields such as quantum mechanics, astrophysics, molecular & evolutionary biology, ecology, abiogenesis, neuroscience, anthropology, sociology and philosophy.

He’s a strong supporter of open-source software and many of his open-source tools and libraries are used globally, he also gives lectures and workshops around the world too and is one of the core contributors to the openFrameworks project. In 2007 he founded The Mega Super Awesome Visuals Company (MSA Visuals), a creative studio spanning art and technology and in 2011, with two new partners, this evolved into Marshmallow Laser Feast (MLF). In 2014, after a string of successful, influential and large scale projects, Memo left MLF to focus on personal work, collaborations and research.