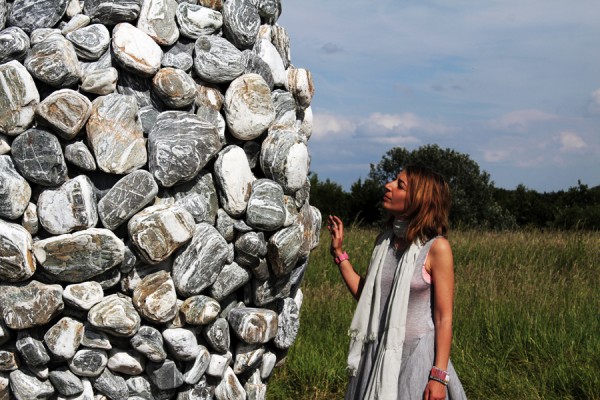 Mira Calix is the award-winning UK based South African music producer Chantal Passamonte. Living in the UK since the early 90’s, she’s signed to Warp Records and has toured with Radiohead, Boards of Canada and Autechre. Music and sound have always been at the centre of her practice, which she continues to integrate with visual media and technological innovation to create multi-disciplinary performances and installations.

Calix has been commissioned by many leading international cultural institutions, festivals and ensembles including the London Sinfonietta, the Royal Shakespeare Company, National Portrait Gallery, the Melbourne Recital Centre, Aldeburgh Festival, London’s Institute of Contemporary Arts and the Manchester International Festival among others. She’s also been the recipient of several awards; in 2009 she won a British Composer Award for her composition; My Secret Heart. The installation, commissioned by Streetwise Opera, and featuring the voices of a 100 strong choir, toured extensively internationally and was also the recipient of a Royal Philharmonic Society Award as well as finalist for The National Lottery Arts Award 2010. Chorus, a collaborative work with United Visual Artists received an Award of Distinction in the Interactive Category at Prix Ars Electronica 2010; working with them again in 2014 on an installation for the Barbican Curve Gallery in London. Her score for the film opera ‘Fables’ a collaboration with visual artists Flat-E was nominated for a British Composer Award in 2011.

In 2012 Mira created her first sculptural work ‘Nothing Is Set In Stone’ .The monolithic musical sculpture was commissioned by The Mayor Of London and Oxford Contemporary Music in partnership with The Natural History Museum and Exhibition Road Group. The installation was part of the London 2012 Festival, Cultural Olympiad program. 2012 also saw the commission of a new soundtrack score by the British Film Institute for Alfred Hitchcock’s film Champagne. The newly restored 1926 full length feature premiered in London at the British Film Institute as part of the Genius of Hitchcock season.

In 2015 Mira Calix premiered Inside There Falls, a mixed media installation at Carriagworks, in Australia as part of the Sydney Festival. The artwork is multi -sensory large scale installation of paper, sound and movement. A blanched new landscape that seamlessly blends technological innovation and organic materials exploring the nature of storytelling. Mira invited acclaimed choreographer Raphael Bonachela to participate in the work which incorporated durational performances by members of the Sydney Dance Company.

Mira has recently returned from China where she opened the Moving Museum 35, a temporary soundart mixed media installation situated on a public bus. The project was created in collaboration with students based at Nanjing University Of the Arts, and was supported by the British Council, PRS Foundation and JCDecaux.

(please note: this video is not of the show to be performed at Splice)