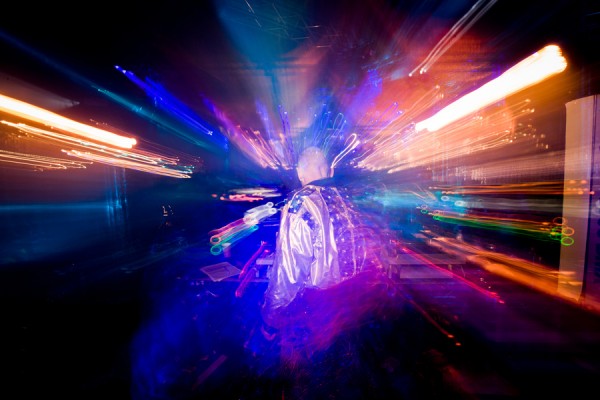 Described by the legendary John Peel as “my natural successor”, Mixmaster Morris is one of the most respected DJs ever, full stop. Many of the most influential and significant acts that have shaped electronic music over the past 30 years have Mixmaster Morris to thank for playing a significant role in their early careers. He has consistently championed artists who have gone on to achieve greatness, long before anyone else had heard of them.

His musical career began at 15 years old with The Ripchords way back in the 1970s. He went on to become The Shamen’s tour DJ, write for The NME, record for labels such as Ninja Tune, Rising High, and Positiva. He was part of the team that was Kiss FM when it was still a pirate station. Morris has produced remixes for The Shamen, Lloyd Cole, Higher Intelligence Agency, INXS and Sven Vath and many more and his remix of Autumn Leaves for Coldcut has become an all time classic. His albums Flying High and Global Chillage are the definitive chillout albums, much treasured by his many thousands of followers worldwide, especially in his beloved Japan where he is held in very high esteem by fans of all ages.

He was instrumental in founding The Big Chill festival and still has a residency at The Big Chill Bar, home to his Nubient sessions for ten years. Although known as “The Godfather of Chillout” his repertoire is very wide ranging and eclectic. He expertly tailors the mix to the event, venue and audience which is reflected by the fact he consistently tops several Mixcloud charts, regularly featuring in the over all ‘Trending’ top 10, with every mix he publishes!

He’s currently working on an eagerly awaited new album, the first in over a decade. It would take three books and a film to even begin to scratch the surface of Mixmaster Morris! He’s a phenomenon, a legend himself and an Irresistible Force!