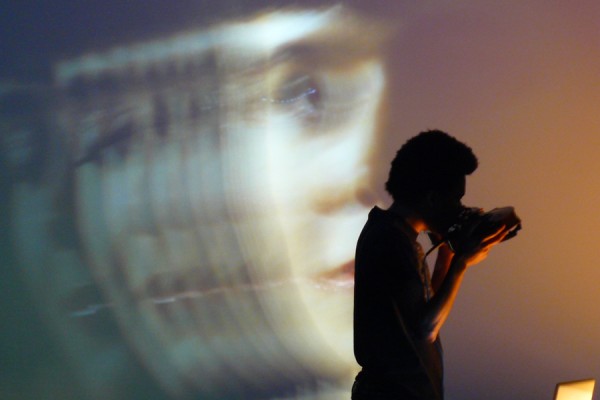 Zan Lyons is a violinist, electronic composer and filmmaker from London. He began making music as a teenager and soon released on both Foundry records and the label Moshi Moshi, as well as creating remixes for Super Furry Animals and Panic DHH.

He’s best known for his uncompromising live shows where he fuses live viola looping with frenetic distorted beats and real-time remixing of his own films. Zan has performed at a wide range of spaces, from London’s BFI Southbank and Berlin’s Berghain club to Spain’s LEV audiovisual arts event and the UK’s Reading Festival. Explosive beats collide with live-looped viola and haunting images to create a unique otherworldly experience. Using custom vintage lenses, and in-camera visual effects, Zan creates ominous immersive visuals which are micro-edited to create a truly live-cinema performance.

TALK: ‘The Art of Critical Thinking’

From Sam Cooke to Nicolette and Morton Subotnick to Francis Ford Coppola, art has always been the natural voice of counter culture. In an age where art is constantly under attack, political tribalism has become more divisive than ever. In his talk, Zan explores how art can once again be an alternative voice to the mainstream.