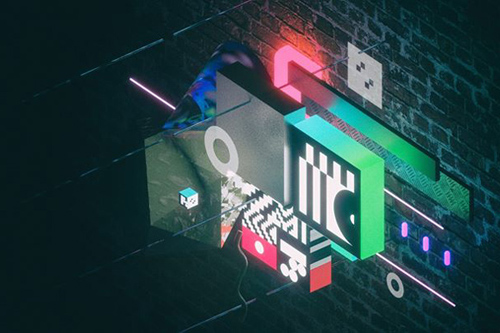 Sean Clarke is Creative Director of the Manchester based venue Texture and founder of the visuals-led Test Card project. Clarke’s focus is on events that help support community growth and provide a platform for local artists to explore the possibilities of audio-visual performance and multimedia composition, particularly though advancements in real-time performance software and hardware.

At Splice Festival 2017, Clarke will be hosting a one hour networking / open forum event. The aim, to be bring artists and event organizers from around the country together, to discuss and share ideas on topics surrounding the future direction and development of AV performance in the UK. The event will be split into four, fifteen-minute sections, with each section being a group conversation on a topic highlighted by the host. When the fifteen minutes are up the groups move and change, mixing everyone up and the process starts again with a new topic.

Participants are free to suggest topics, and these will likely include such things as;

Andy Lomas’ Morphogenetic Creations explore digital simulation of morphogenetic processes to create complex alien but familiar, beautiful and disturbing forms. Inspired by the work of Alan Turing, D’Arcy Thompson and Ernst Haeckel, it exists at the boundary between art and science.

He has had work exhibited in over 50 joint and solo exhibitions, including Kinetica, SIGGRAPH, the Japan Media Arts Festival, the Ars Electronica Festival, the Los Angeles Center for Digital Art, the Centro Andaluz de Arte Contemporaneo, Watermans and the ZKM. He has work in the collection at the V&A, and was selected by Saatchi Online to contribute to a special exhibition in the Zoo Art Fair at the Royal Academy of Arts.

In 2014 Cellular Forms won The Lumen Prize Gold Award, as well as the Best Artwork Award from the A-Eye exhibition at AISB-50, and an Honorary Mention from the jury at the Ars Electronica Festival.

His production credits include Walking With Dinosaurs, Matrix: Revolutions, Matrix: Reloaded, Over the Hedge, The Tale of Despereaux, Avatar, and Max Cooper’s Emergence AV show. He received Emmys for his work on The Odyssey (1997) and Alice in Wonderland (1999).

Rebecca Smith : Beyond the Screen

An exploration of taking digital art beyond the screen and onto the streets. We look at the work and methodology of Urban Projections and examine the approach to her work.

A creative discussion hosted by Christopher Thomas Allen: How Live Cinema can grow – through new ideas and collaborations, use of new (and old) techniques and technology, new and old venues and totally fresh contexts. How the work can be developed and reach wider audiences to ultimately be sustainable for artists and producers.

Akten’s work explores the collisions between nature, science, technology, culture, ethics, ritual, tradition and religion. Combining critical and conceptual approaches with investigations into form, movement and sound he creates data dramatizations of natural and anthropogenic processes. He studies and works with complex systems, behaviour, algorithms and software; and collaborates across many disciplines spanning video, sound, light, dance, software, online works, installations and performances. Alongside his practice, he is currently working towards a PhD at Goldsmiths University of London in artificial intelligence and expressive human-machine interaction, exploring collaborative co-creativity between humans and machines for artistic expression. Fascinated by trying to understand the world and human nature, he draws inspiration from fields such as quantum mechanics, astrophysics, molecular & evolutionary biology, ecology, abiogenesis, neuroscience, anthropology, sociology and philosophy.

He’s a strong supporter of open-source software and many of his open-source tools and libraries are used globally, he also gives lectures and workshops around the world too and is one of the core contributors to the openFrameworks project. In 2007 he founded The Mega Super Awesome Visuals Company (MSA Visuals), a creative studio spanning art and technology and in 2011, with two new partners, this evolved into Marshmallow Laser Feast (MLF). In 2014, after a string of successful, influential and large scale projects, Memo left MLF to focus on personal work, collaborations and research.